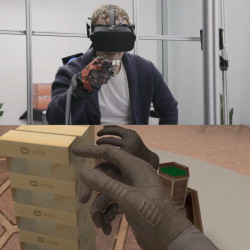 This prototype has several areas of similarity to the products developed by HaptX, based in Redmond, Washington, USA, and a day later HaptX issued a statement alleging Meta had copied its patented designs.

For the full story, see the December 2021 edition of Smart Textiles & Wearables.