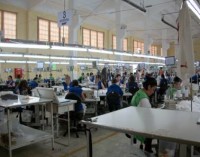 Ajara Textile was set up in 2008 with investments from Militeks of Turkey when an old tea factory was purchased in the village of Bobokvati in in the Kobuleti district of the Adjara region of Georgia. In December 2008, the company began production of clothing on three lines and in 2013 increased that number to 12.

In 2011, Ajara Textile opened a second factory in Batumi with an investment of US$3m to produce its own brand for sale in Georgia as well as for export. In 2014, the company expanded to 36 lines in total for both factories, and started to produce for Nike.

For the full story, see the December 2015 edition of Textiles Eastern Europe. Not a subscriber? Sign up HERE